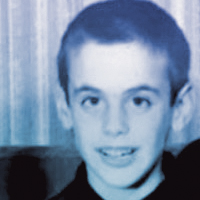 Gregg L. Daniel is a graduate of The American Film Institute Producer Fellowship program and is a member of the Producers Guild of America. Mr. Daniel worked in the feature production department at The Walt Disney Company on BIG BUSINESS, BEACHES, D.O.A., and COCKTAIL. Mr. Daniel coordinated visual effects for George Lucas and Francis Ford Coppola on the 3D Disneyland attraction CAPTAIN EO before moving to Amblin Entertainment, where he was a coordinator for Steven Spielberg on ALWAYS. Mr. Daniel was a producer on TERROR TRACT, starring Bryan Cranston and John Ritter and THE BIG EMPTY, which starred Jon Favreau and Sean Bean. Mr. Daniel recently served as Executive Producer for RED, WHITE, BLACK, AND BLUE and THE KINGSTON TRIO CELEBRATION for PBS.

Gregg L. Daniel is a member of the Producer’s Guild of America and a graduate of the Ame1ican Film Institute producing fellowship program. Daniel began his career as an assistant to the director on the Glenn Close film Maxie. He has held. posts at The Walt Disney Company, coordinating visual effects for George Lucas and. Francis Ford Coppola on the 3D Disneyland attraction Captain Eo, served as a studio liaison on various Touchstone Film productions and worked in the production departments of Jim Abrahams Big Business, Gary Marshall’s Beaches, and Steven Spielberg’s Always. Mr. Daniel’s first feature as a producer was the horror/comedy Terror Tract, starring Bryan Cranston, and John Ritter. Produced for only $750,000.00, domestic rights sold to the USA Network for $1,500,000.00 and won the “Silver Raven” and “Prize of the Audience” awards at the Brussels International Film Festival, beating out several Hollywood Studio pictures in the process. Daniel was the producer of the sci-fi comedy “The Big Empty”, which starred Jon Favreau, Rachael Leigh Cook, Sean Bean, and Daryl Hannah. The film premiered at the prestigious American Film Institute Festival and was released theatrically through Lions Gate and on pay television with Showtime and HBO. Mr. Daniel’s documentary “Red, White, Black and Blue” the true story of the Japanese Invasion of Alaska during WWII premiered on the Emmy-winning PBS program The Independent Lens. Mr. Daniel was Executive Producer of the documentary “Fuck”, a satirical look at the most controversial word in the English language. The film had its world premiere on the opening night of the South By Southwest film festival, sold to Thinkfilm, and received a national theatrical distribution. He also Executive Produced the werewolf horror thriller “Big Bad Wolf and the comedy short “Boop Beep”. Mr. Daniel is proud to be one of the founders of the non-profit charity The Lili Claire Foundation, which has raised millions of dollars to assist children with Neurogenetic conditions. As producer/director for the events that the charity has hosted over the past 15 years, Mr. Daniel has worked with such acts as Heart, Pat Benatar, Aerosmith, Graham Nash, Cyndi Lauper, Five For Fighting, Everclear, and Boys 2 Men. Mr. Daniel lives with his dog Newman in Venice, Ca.